You are here: Home / Chapter Events / The EAA Trimotor Tour Stop at Reno-Stead was Great!

The EAA 1928 Ford Trimotor AT-5-B tour stop at the Reno-Stead airport on November 10-13, 2016 was a great success! The first flight was flown on Thursday afternoon at about 2 pm and the final flight finished around 4 pm on Sunday.

The Trimotor, with pilot John Hartke at the controls in the left seat, made 30 flights over the weekend touring around the area north of Reno. Over 300 passengers were given a glimpse of what travel was like in the early years of airline service.  In addition, an estimated 450 people were able to tour Reno-Stead Freedom Terminal, many for the first time.

Visitors ranged from small children watching or flying with their parents to one wonderful lady who walked up to the plane and announced that she was 14 years old when the plane was built (yes, that makes her 102 years old – a fact that you would never guess by the way she was moving around the aircraft).

At least a half dozen of the visitor/passengers who experienced the event were mechanics/restoration experts who worked for Bill Harrah when the Trimotor went through its initial 7-year restoration. Two are shown in the photo gallery below. They could still point out the metal skin panels that they had installed and recalled the tremendous effort that went into rebuilding the plane.

All of the Chapter 1361 volunteers had a great time at the event and throughout the weekend were given a chance to take a flight when a seat remained open on a mostly-full flight. Randy and Wade, two of our Chapter volunteers, even flew with John to the Trimotor’s next tour stop in the San Francisco bay area.  John was great about signing logbooks for pilots who had flown one of the Trimotor flights in the right seat. That’s not the kind of flight time that you see very often in a pilot logbook!

Many, many thanks to all of the great volunteers and sponsors who helped us host this event. Special thanks to the Reno-Tahoe Airport Authority, the Reno-Stead Airport, the Atlantis Casino Resort Spa, Dolan Lexus of Reno and Aviation Classics, Ltd.

Here are some photos that our volunteers and Chapter friends have taken during the event. [click for larger images] 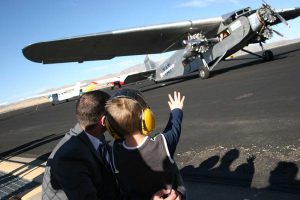 Wave to the Pilot. 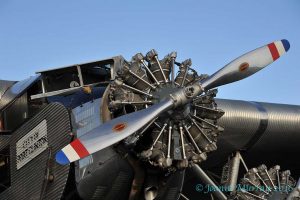 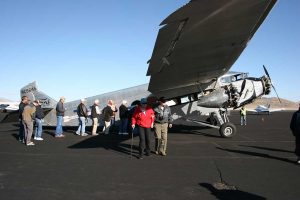 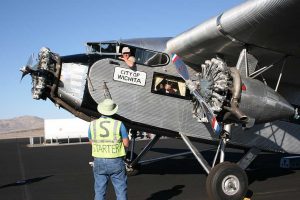 Instructions for the Starter. 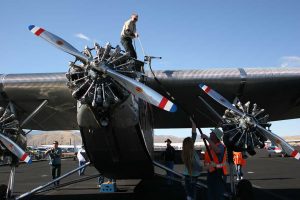 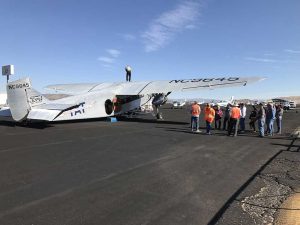 Waiting for refueling to be completed.

Starting signals for the pilot. 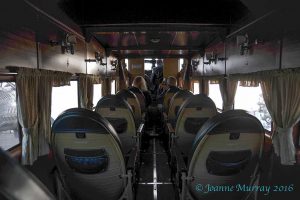 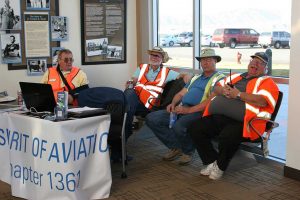 Break Time in the Reno-Stead Terminal 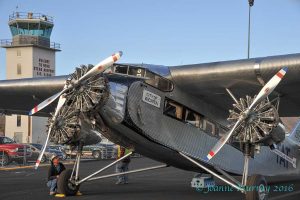 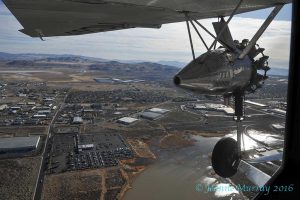 Flying back in time. 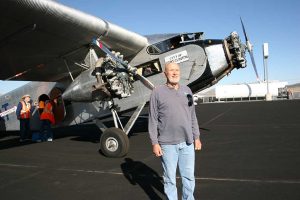 Howard Danner, one of the restoration experts who worked on the Harrah Collection. 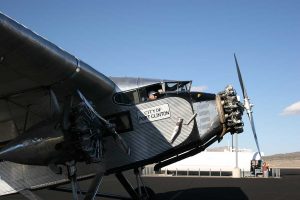 Another passenger load ready to go. 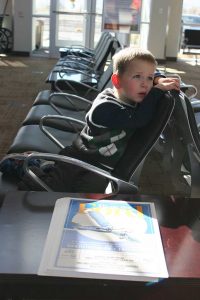 Sometimes it’s really hard waiting for your turn to fly. 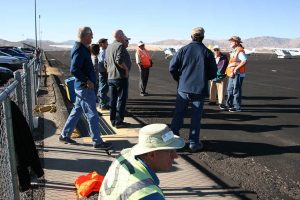 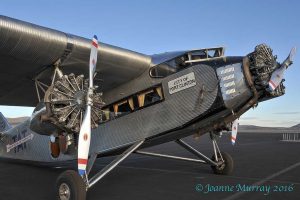 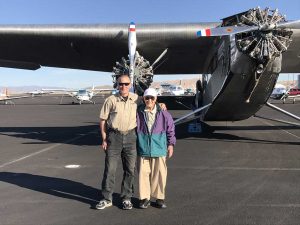 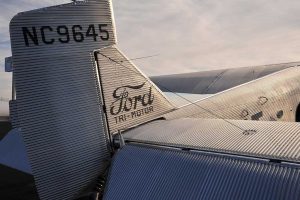 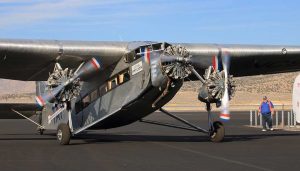 The Ford Taxiing to the Reno-Stead Terminal. 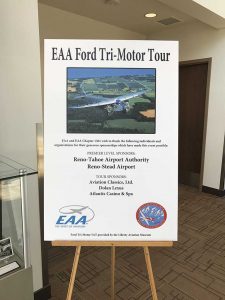 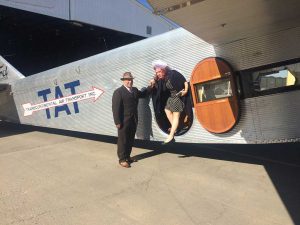 Dressed for the part. 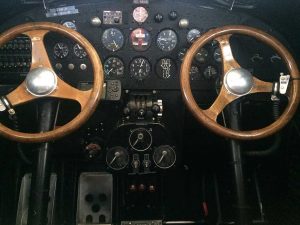 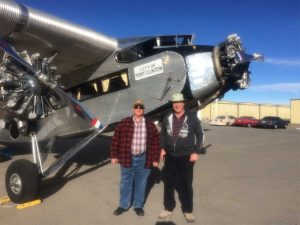 The beginning of Wade and Randy’s Excellent Adventure. 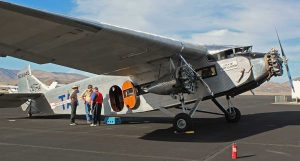 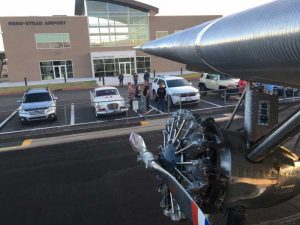 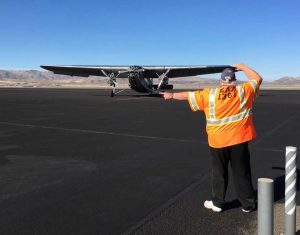 Dennis Marshaling past the Fuel Island. 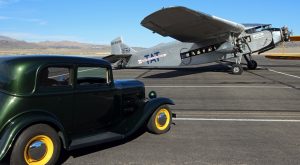 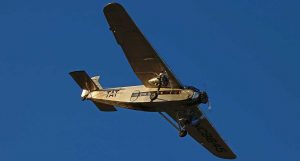 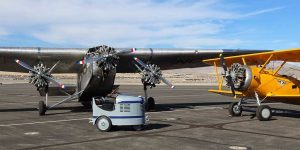