You are here: Home / Archives for Homebuilding/Aircraft Maintenance

A pre-buy inspection on an aircraft is your chance to research and investigate every aspect of your potential investment. This short video and article from AOPA describes a possible result of a less than perfect prebuy inspection. 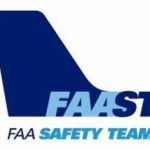 Surprise Surprise is a 4-part program based on a composite of GA incidents involving pilot responses to system/component failures.

Here is a video from HomebuiltHELP in which the host, Jon Croke, dismantles an AmeriKing 406 ELT.

The FAA’s new Airworthiness Certification Tool now makes it a bit easier to get that certificate for your amateur-built aircraft.

Now’s your chance. If you’ve ever thought about building an airplane, now’s the time to make it happen. Why? Because EAA’s SportAir Workshops are coming to Fremont, CA. More than 20,000 homebuilders have successfully learned new aircraft building skills through these hands-on, in-depth courses. 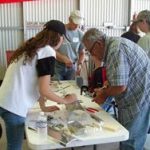 EAA Chapter 52 in Sacramento is starting their 2018 series of aircraft building workshops to learn/practice the skills necessary to build an aircraft.

EAA Chapter 52 in Sacramento is starting a series of aircraft building workshops to learn/practice the skills necessary to build an aircraft.

Our next Chapter 1361 General Meeting will be on THURSDAY, September 3rd at 6 PM. This will be the first meeting conducted by the newly elected officers of your Chapter. Please be sure to attend and meet your new chapter leaders!

Due to recent events surrounding the Covid-19 virus the EAA Chapter 1361 Board of Directors has decided to cancel the Young Eagles event scheduled for April 4, 2020 with the hopes that it may be rescheduled for a weekend in June.

Read about our past Young Eagles events...

Slides from the September 22,2020 IMC Club presentation of EAA Chapter 1361