You are here: Home / News / Supersonic Passenger Planes Back in the News 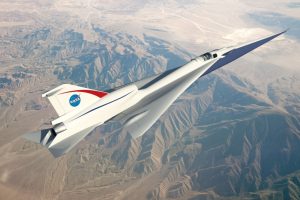 There have been several articles lately about renewed efforts to design and manufacture a supersonic passenger plane. NASA recently announced that they are initiating a new program called New Aviation Horizons that will attempt to develop a supersonic aircraft that reduces or eliminates the supersonic ‘boom’ problem that has plagued earlier designs. Supersonic flight over the continental U.S. is currently prohibited except in designated test areas due to the noise issue.  NASA has paired with Lockheed-Martin for aircraft feasibility studies, the first step in the program.

Jim Banke has an excellent article on Space Coast Daily that covers the history of NASA X-planes and the renewed efforts of NASA to develop advanced aviation technologies. 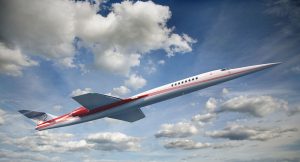 Meanwhile, Aerion, a Reno-based aeronautical engineering company founded in 2002, has been working to develop a supersonic business jet. Aerion recently announced a partnership with Airbus in an effort to accelerate the development of supersonic flight technology. Flexjet, the fractional ownership company based in Cleveland, OH, is the first fleet operator to place an order for Aerion’s AS2 supersonic jet, reported here.

AeroNewsTV has a nice video in their article that summarizes the these two efforts to reinvigorate the supersonic transport development race.