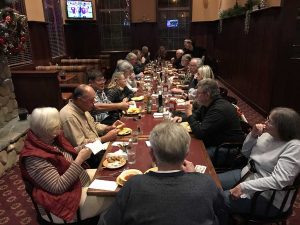 EAA Chapter 1361 held it’s annual Holiday Dinner on December 3rd at the Bonanza Casino. The Bonanza set up a nice area for the Chapter at the rear of their buffet area.

The group of 21 attendees had a nice social time before taking our seats and starting the evening’s program.

The Chapter holds the Holiday Dinner for two main reasons. First, to provide a nice evening of socializing with our friends in the Chapter during the holiday season and second, to thank once again all of the volunteers who have helped the Chapter throughout the year even though they may not be Chapter or EAA members. The Chapter could not accomplish all of the events that it conducts without volunteer support.

Chapter President Tracy Rhodes started the program by greeting all of the members and guests and recognizing the non-member volunteers in attendance. He gave a quick recap of the events that the Chapter conducted throughout 2016 and the impact that those successful events have had on Chapter operations. He then presented chapter service awards and recognition pins to the members of the Chapter Board of Directors, Chapter Committee Chairpersons and the Chapter officers.

Another Chapter Volunteer Extraordinaire certificate was to be awarded to Chapter Board Member Dennis Koehl but he was unable to attend the holiday dinner. He sent his regrets for not being able to attend as he sipped an umbrella drink in Honolulu with his wife Shar.

Awards not presented at the holiday dinner will be presented at our next scheduled general meeting on January 7th. 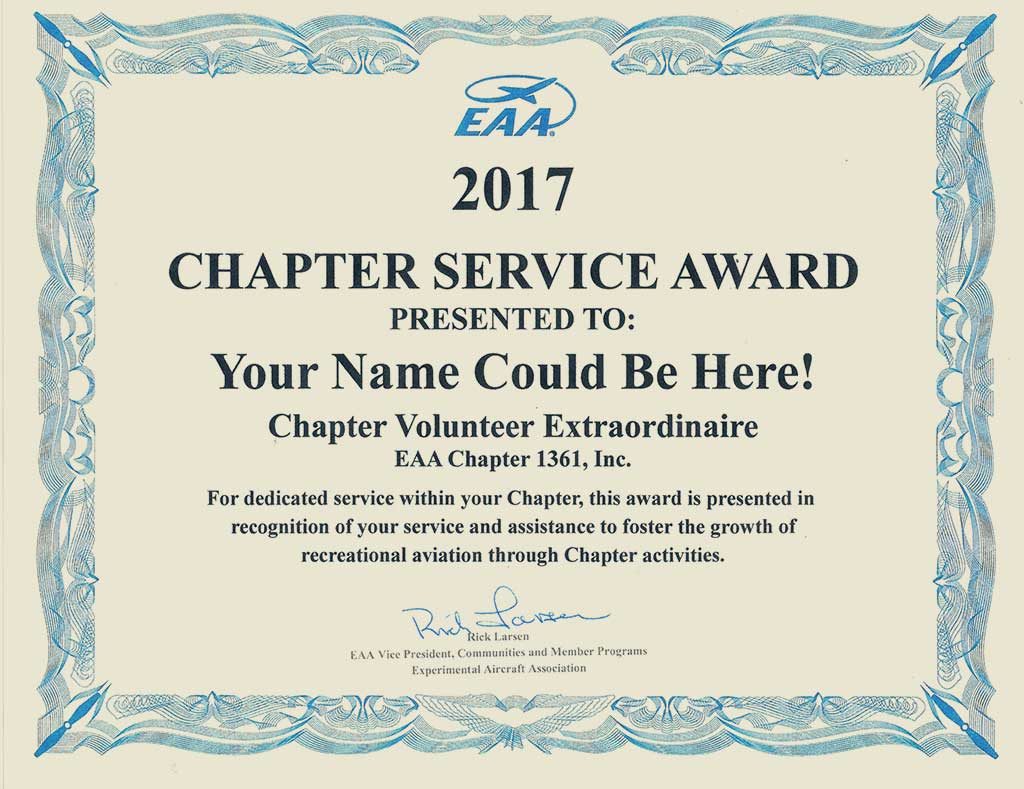