EAA Chapter 1361 provided volunteers to drive the people-mover trams during the 2016 National Championship Air Races. Chapter members and non-member supporters signed up for volunteer work periods on our website and were assigned either driver or safety observer positions. Thirty-five individuals signed up before the races and about a half dozen more joined the group after the Races started. Those who signed up for a single work period received a one-day pass to attend the event (parking, general admission and pit access). Those who could volunteer for at least two periods were provided a season pass.

On Wednesday and Thursday the Chapter ran two trams, one in the race pit area and one in the general admission/grandstand area. On Friday through Sunday four trams were in operation, two in each area.

Chapter 1361 sincerely thanks all those who helped in our volunteer effort. We provided a much-appreciated service to Race attendees and had a great time working with all of the people at the races.

Here are just a few photos of our volunteers – photos provided by Ron Arnall of Northern California. 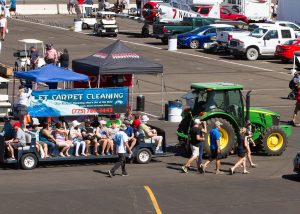 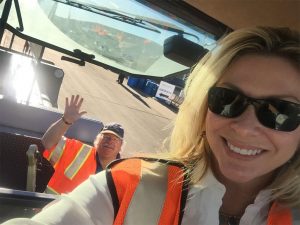 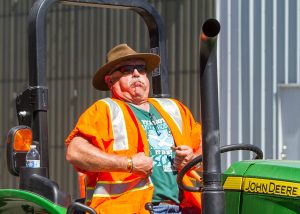 Sandy putting forth a super-human effort on the tractor. 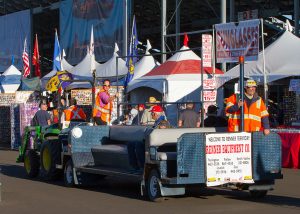 Rich watching for passengers in the grandstand area. 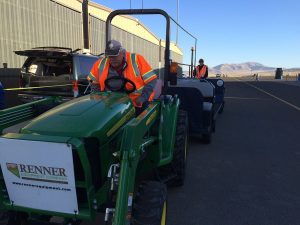 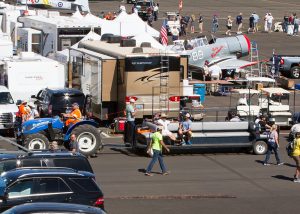 Dennis making a run through the race pit area.